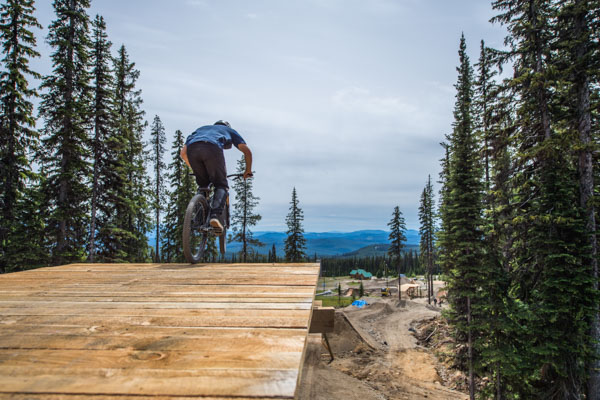 We're a week out from the biggest event of the summer at Big White Ski Resort, and the course for the Big White Invitational Slopestyle is nearly finished. Austin Davignon, Alexander Chisholme and Dustin Gilding of LOFT Bike Parks first set foot at Big White on May 7 with snow still on the ground at the future site. They were joined shortly after by the newest addition to the team, Corbin Selfe.

“Being on site when snow was still falling from the sky was an interesting challenge for us in the early stages,” says Chisholme. “It was also challenging because we had never seen the site beforehand and there were some preliminary decisions we had to make prior to arriving, but the help of the Big White team and the warm weather throughout May made the process relatively seamless for the build.”

While the rest of the Okanagan was facing less-than-ideal Juneuary weather, the LOFT crew was taking advantage of the perfect dirt-shaping weather. “June was ideal for us with a lot of moisture and cooler temperatures for us to shape the landings and features on the slopestyle course,” says Chisholme.

Two months doesn't seem like a lot of time to build not just one, but two slopestyle courses from start to finish, especially at such a high altitude. “Our confidence in finishing the course was always solid. We always knew that we were going to have enough time,” says Chisholme. “We all flip-flopped from thinking it was barely enough time to having a lot of time on a week-to-week basis. In the end it seems like we had the perfect amount of time.”

Everything starts with a classic drop-in, start drop feature with a long flat deck leading into it. The landing is approximately 14 feet down and 14 feet out. 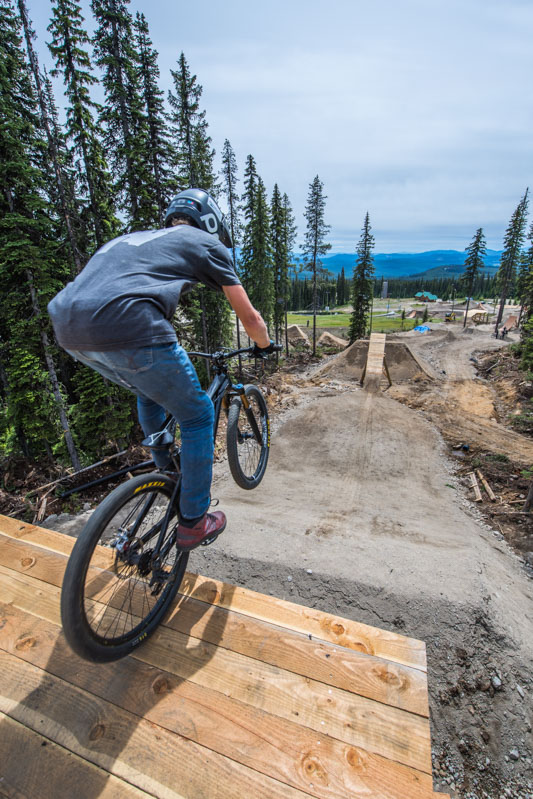 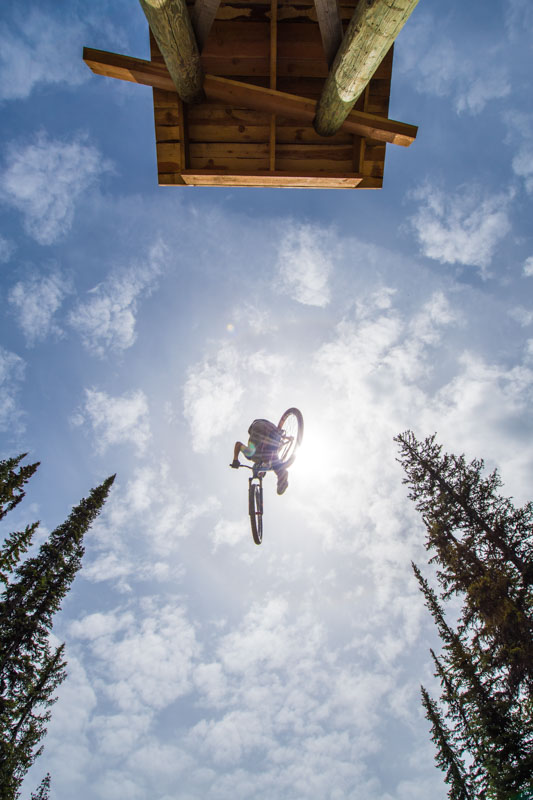 The next feature is a very steep, tall “boner log” with a 30-foot gap. This boner log does not have a decent amount of stepdown, making it safer for riders to attempt more difficult tricks. 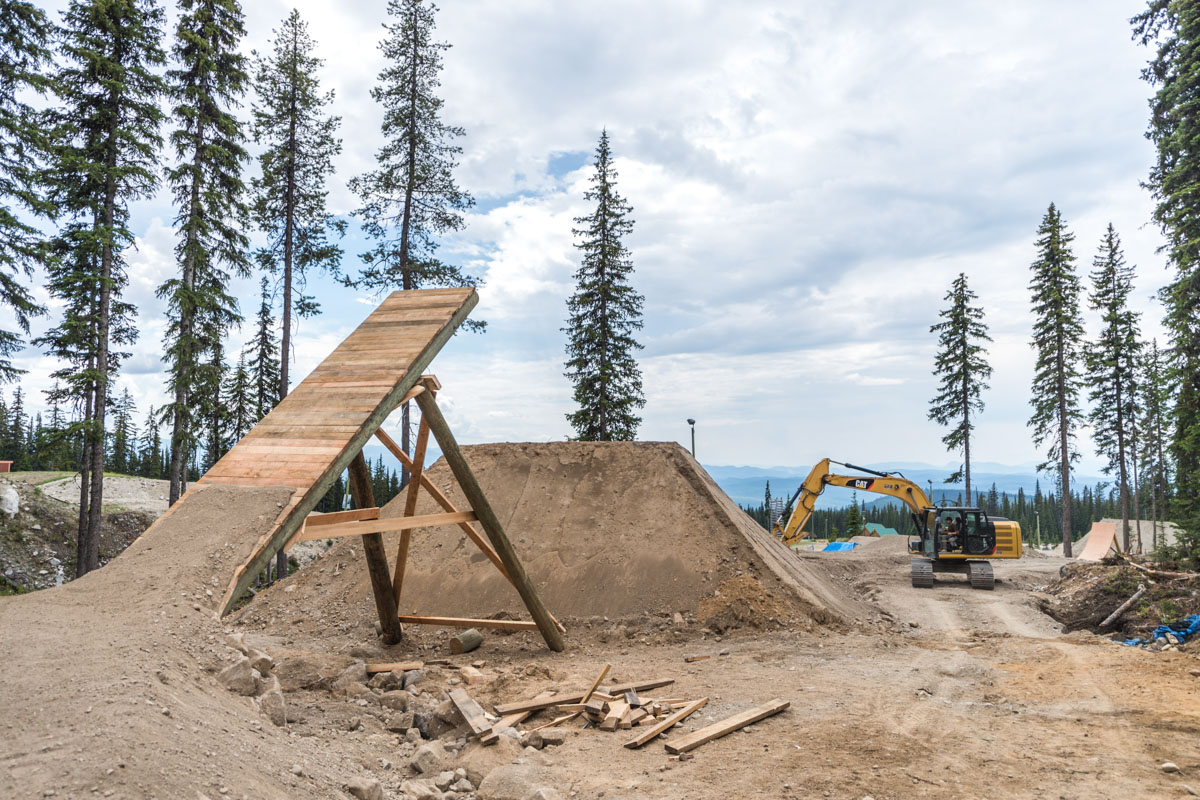 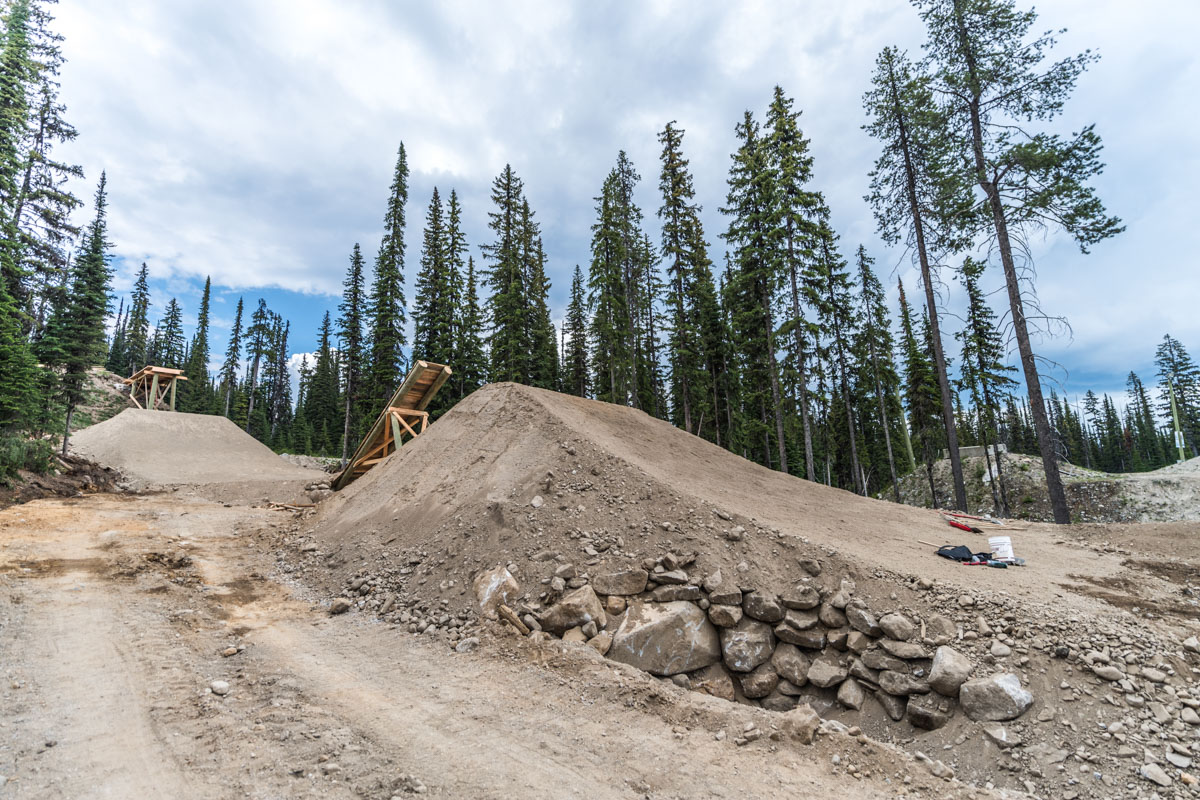 Following the boner log is a berm for speed management before a long and low high-speed jump.

Next is an 11-foot-tall classic double jump where the takeoff is relatively the same height as the landing with a 25-foot gap. 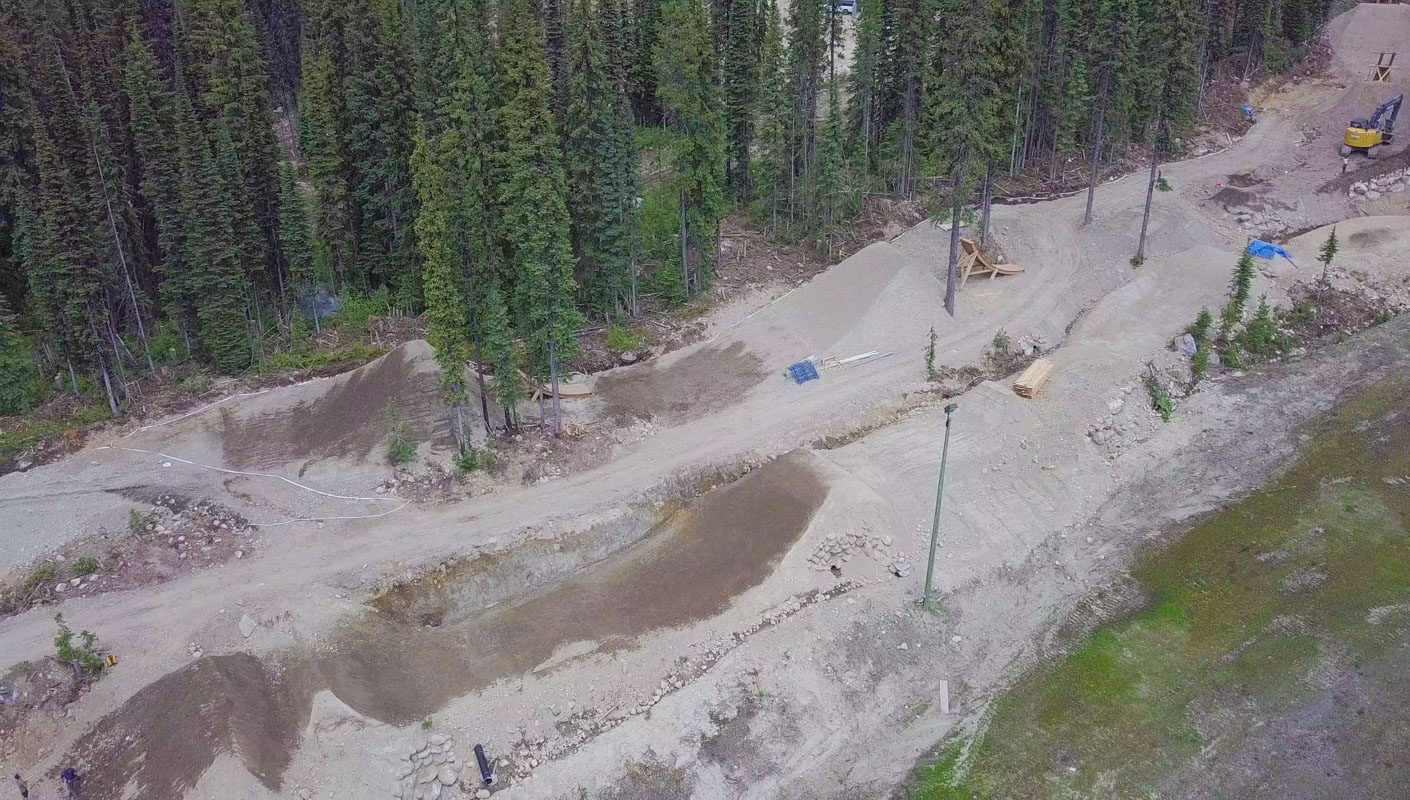 The second jump is 13-feet-tall with a 20-foot gap. This jump will give riders the most air time, allowing them to throw their biggest tricks. 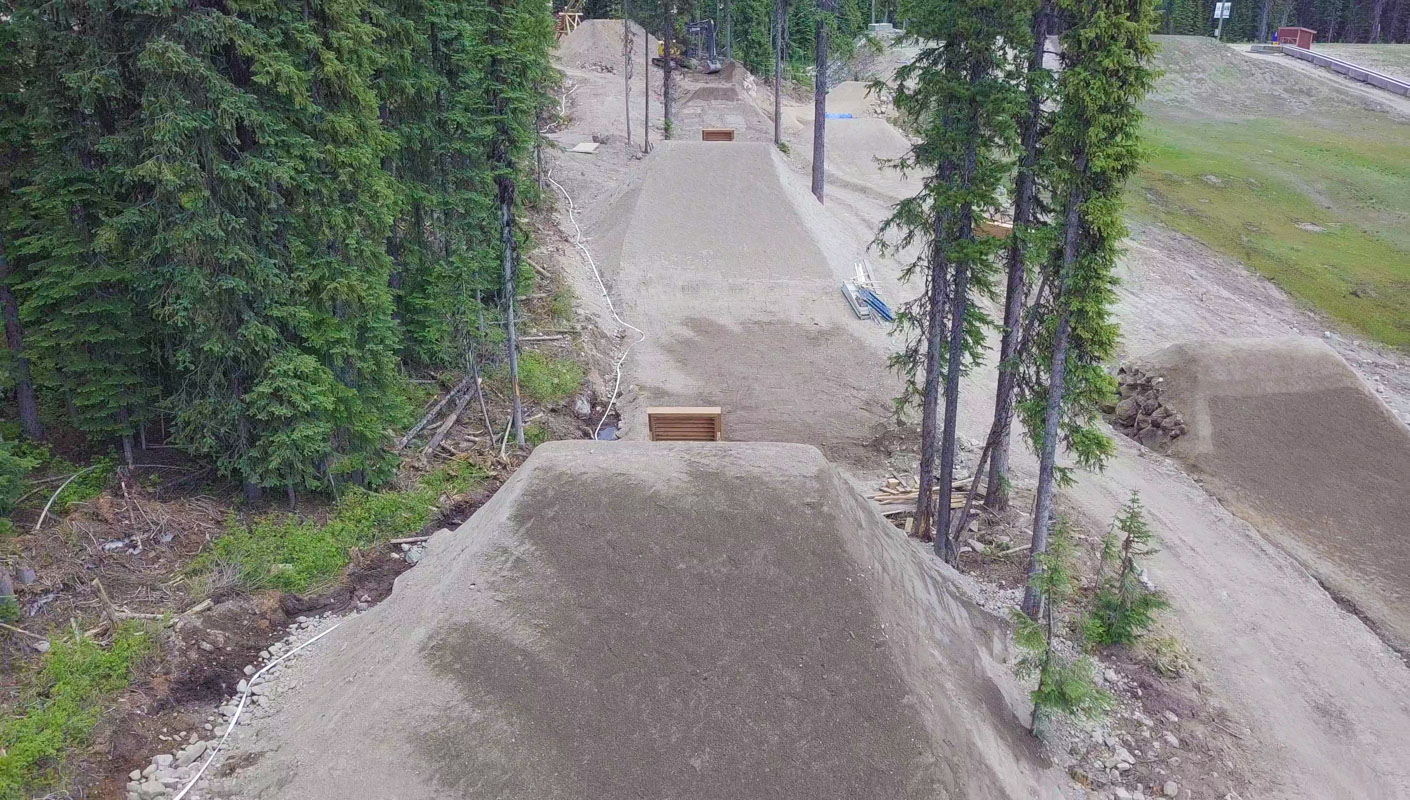 Once riders land, there is another speed management section, with a large roller giving the riders the option to do some tricks for bonus points heading into the whale tail.

The whale tail is the biggest feature on the course with a 15-foot gap on and a 25-foot gap off. The whale tail was built in a way that will allow the riders to do some of their harder tricks onto the whale tail, which you don’t see a lot of in the competition circuit. 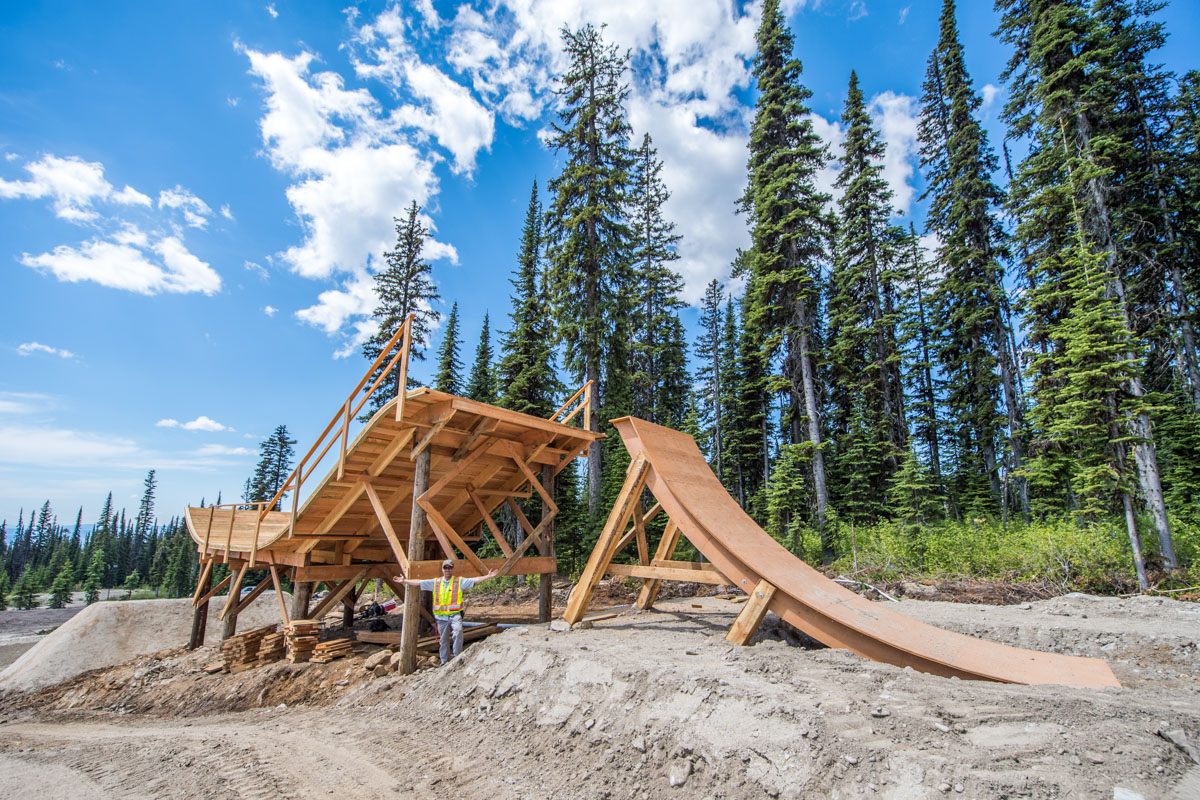 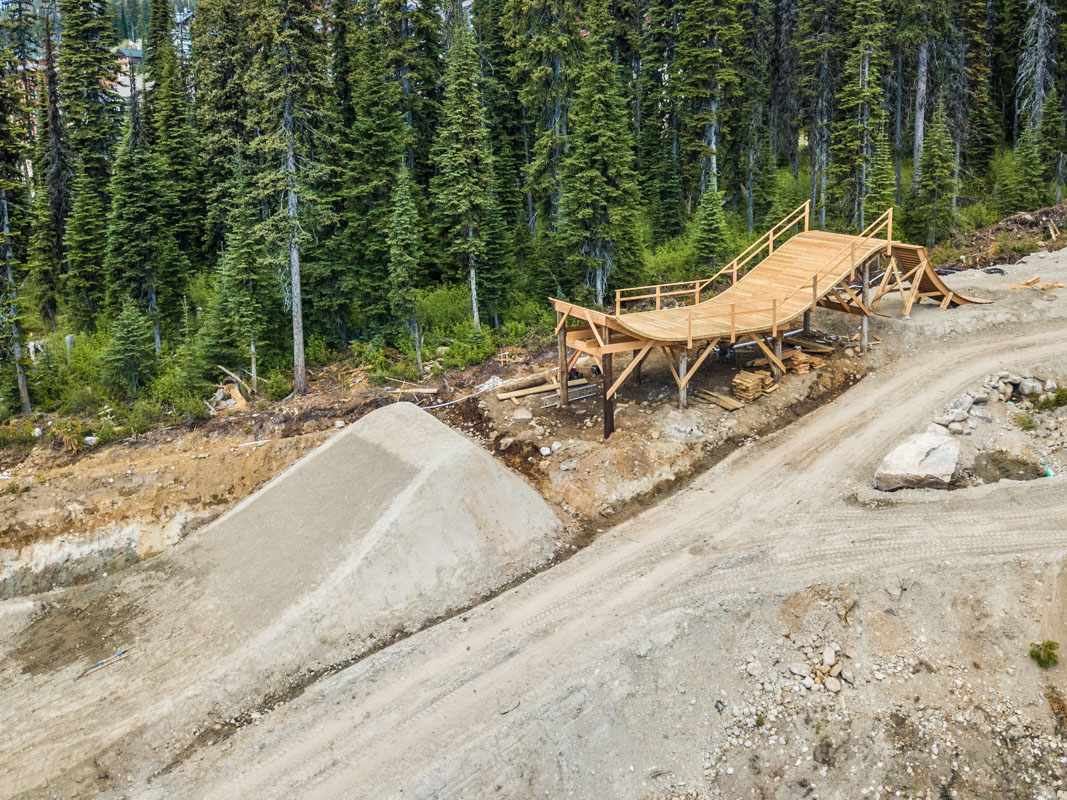 Last, but far from least, is the final showtime jump, which is 13 feet tall with a 25-foot gap to the landing. Riders will be throwing down some of their best tricks for the crowd and the judges on this one. 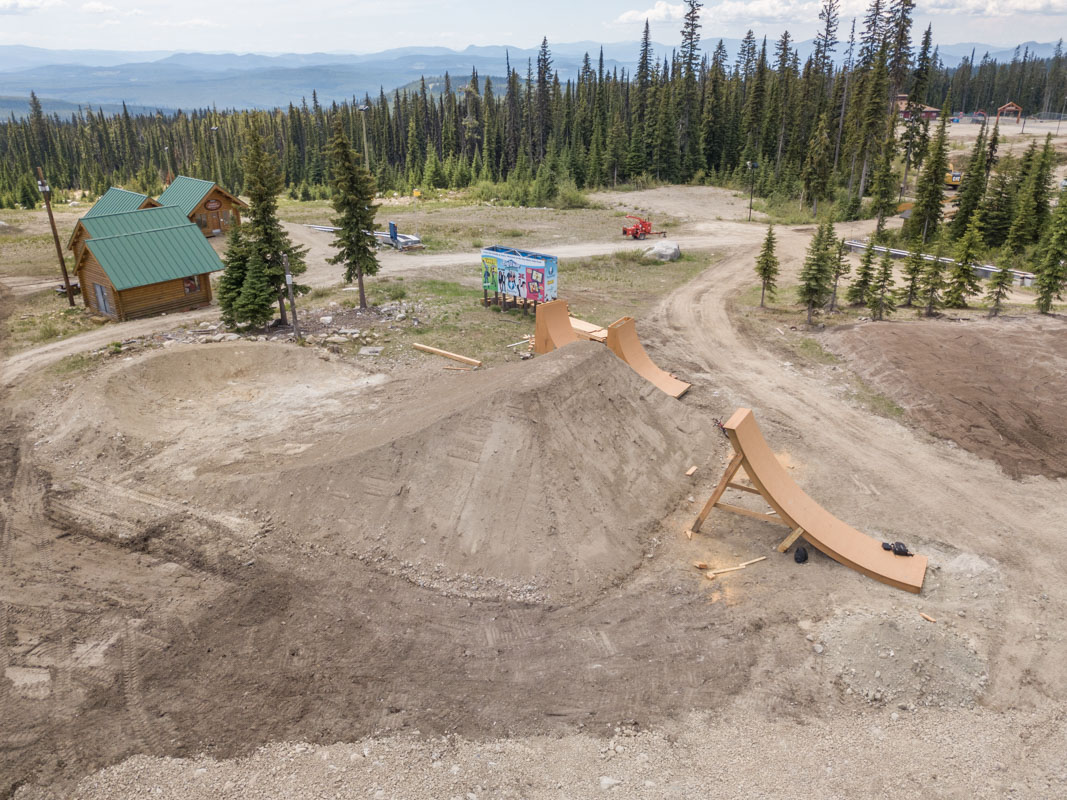 Athletes begin arriving on Tuesday, July 3, and practice on both the Gold and Bronze courses begins the following day. “Our timeline has allowed us to do quite a bit of testing this week with Tom (van Steenbergen) on-site, and we have made some minor changes to some of the features to allow the athletes to ride the course without having to pedal or brake so they can focus on their tricks,” says Chisholme.

The LOFT crew will continue testing and putting the final touches on the course over the coming days before they too will be competing in the Bronze event themselves. And after that? They'll enjoy some much-deserved time off.