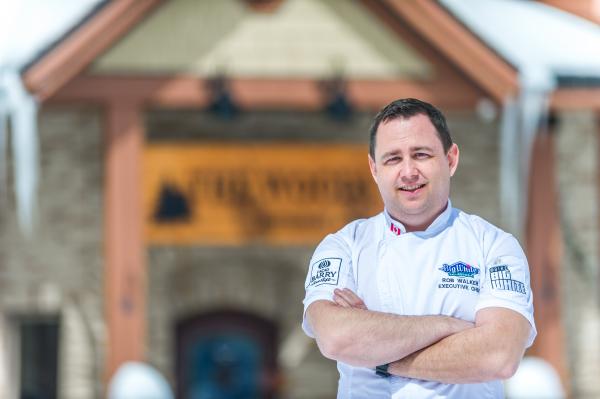 Big White Ski Resort’s Executive Chef Rob Walker has been named one of six Okanagan-area chefs to compete in next fall’s “Canada’s Great Kitchen Party” culinary competition – for the second time in three years. Formerly called the Gold Medal Plates, Chef Walker competed in the 2016 semi-finals in Victoria, where he was up against nine other BC-based chefs to secure a spot in the finals.

“I can tell you from experience, it is not only an amazing opportunity but an opportunity that I have considered the highlight of my career!” The B.C.-born-and-raised chef says. “This region has a tremendous amount talent and I am truly honored to be thought of as one of the Okanagan’s top chefs.”

Chef Walker joined the Big White team in the 2016/2017 season after working as an executive chef in many Okanagan-area restaurants, and since, has been instrumental in improving and restructuring the culinary scene at the resort.

“Big White has been extremely supportive and has helped me to achieve my culinary goals and ambitions,” Chef Walker says. “The mountain has an incredible food scene and I am proud to be part of it.”

“Chef Walker is an extraordinarily talented chef. His dedication to the craft and artistry of cooking is apparent in every dish he puts on a menu,” says Trevor Hanna, Vice President of Hospitality at Big White. “Now that Kelowna has its own regional competition as part of the Canadian Culinary Championships, it will be very exciting to see Chef Rob and the other great chefs in the area battle it out for a spot in Ottawa.”

“Canada’s Great Kitchen Party” has a 13-year history in Canada and is highly regarded in the culinary world – leading to many fantastic opportunities for the chefs who take part, Walker says. The national event takes place in 12 cities across Canada, and raises money for Canadian athletes and youth involved in music and food. The Kelowna-based event is scheduled for Friday, November 15, at the Delta Hotels by Marriott Grand Okanagan Resort.

Competing chefs are asked to create a dish, pair it with a Canadian wine, beer or spirit, then have it judged on visual presentation, texture, technical achievement, taste, beverage compatibility and wow factor. Winners of the regional competitions then compete at the national finals, the Canadian Culinary Championships, held at the start of next year in Ottawa.

Chef Walker has seen success at other culinary competitions, including two gold medals in the Western Canadian Culinary Arts Festival and first place in the 2013 Sysco Chefs Black Box competition.